Our CoolSculpting by Zeltiq night last night was hit. Not only did we have a live demonstration, we also had a delightful time with culinary treats from the Square Onion, wine and of course, great giveaways. If you wanted to attend but couldn’t fit into your schedule, no problem! We offer FREE CoolSculpting consultations by calling Germain Dermatology in Mount Pleasant, SC at (843) 881-4440 Thanks to our CoolSculpting Specialist Lauren Whitehead for having everything ready for our live demostration with former television host and local writer, Ryan Nelson.


~ Check out the photos from our fabulous evening! 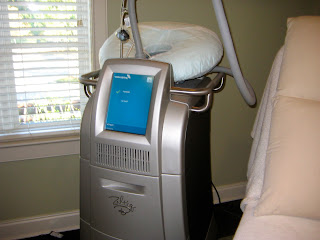 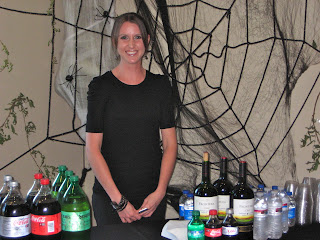 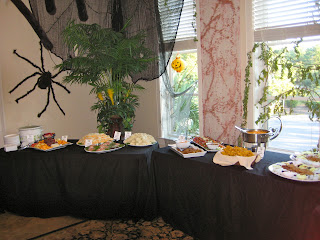 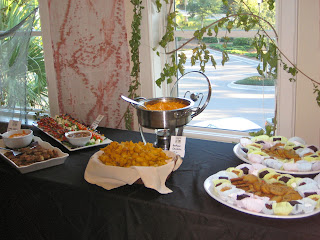 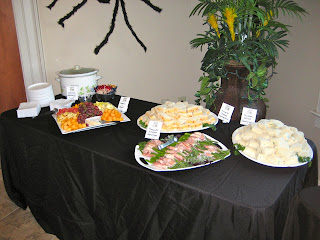 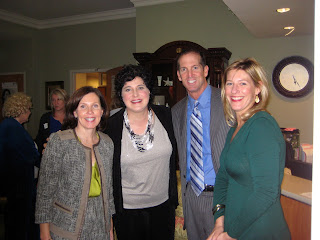 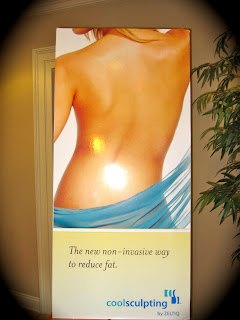 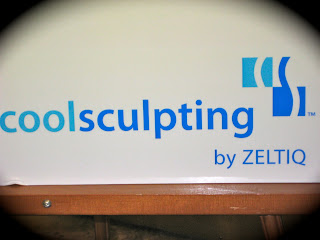 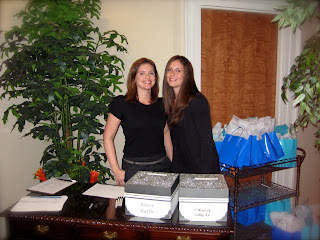 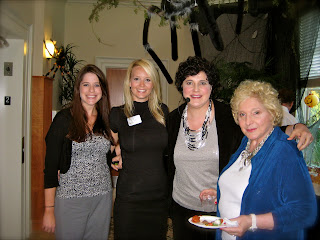 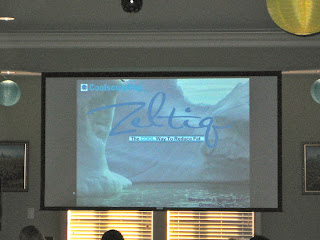 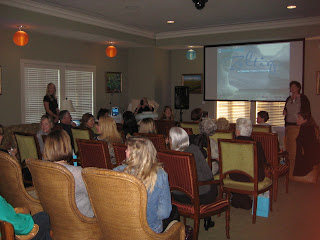 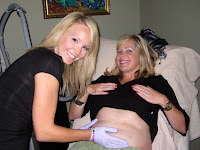 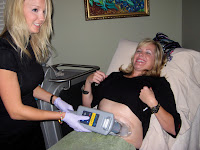 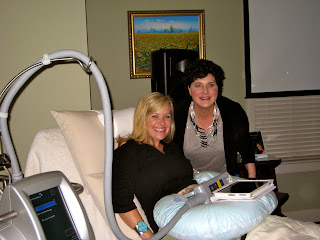 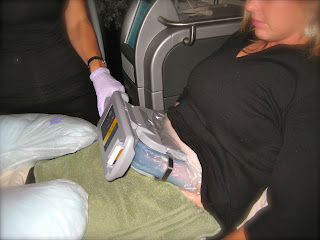 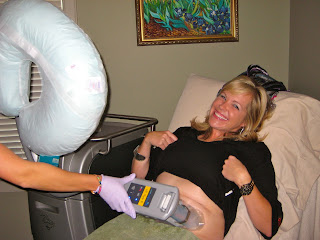 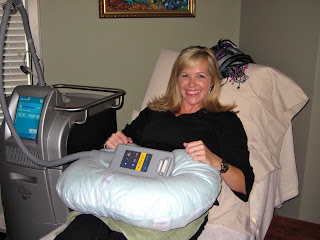 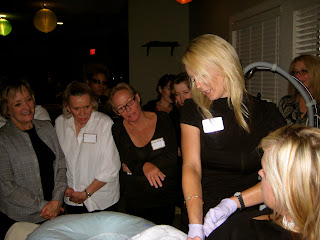 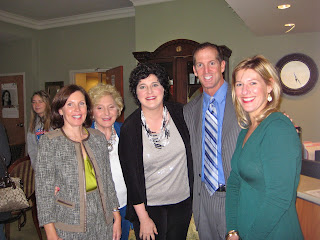 Now that the cooler weather is here, your skin will be changing and it’s a perfect time to try the non-invasive Fraxel laser treatment. The new Fraxel re:store makes your skin’s surface smoother and fresher-looking.

How does it work?
Fraxel uses a laser to resurface the skin. With the new re:store technology there are 2 lasers modes. One treats wrinkles, acne scaring and more that are deeper in the skin. The other targets those stubborn sun spots, age spots, tone and texture.
With this new technology, patients are enjoying the faster treatment times, more comfort and an additional help for all that sun damage from years past. After the treatments, you may have some redness and you may begin to see the results immediately. Once completely healed, you will love the results. We have many patients who really enjoy their treatments!
The number of treatments you will need will depend on your skin. The best results come from multiple sessions spaced over time.
For the month of October, we are offering $400 OFF a package of Fraxel re:store dual treatments, so call us today for your appointment at Germain Dermatology – 843-881-4440.
And don’t forget to follow us on Twitter and Facebook. www.germaindermatology.com
See you soon! 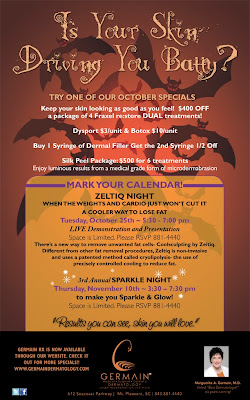 It’s one of the most popular non-invasive cosmetic procedures in the Lowcountry, CoolSculpting™ by Zeltiq. On Tuesday, October 25 from 5:30 – 7:00 p.m. Germain Dermatology is proud to offer a CoolSculpting™ by Zeltiq night to educate and inform the community about this non-invasive, safe, and clinically proven method for the selective reduction of fat permanently. The event is free, but space is limited. Guests are encouraged to call (843)881- 4440 to reserve their spot for the event, which will include a live demonstration.
CoolSculpting fills a previously unmet need in the medical aesthetic marketplace with a safe procedure cleared by the FDA that gently cools unwanted fat cells in the body to induce a natural, controlled elimination of fat cells. This reduces bulges in the treated area of the body. On average, each CoolSculpting procedure results in a 20% reduction of fat in the treated area, and patients can start to see results as soon as three weeks following treatment, with the most dramatic results occurring over a period of two to four months in most patients. 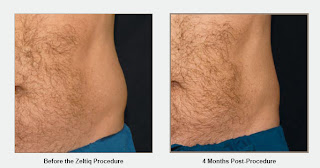 With fat cells being naturally more vulnerable to the effects of cooling, the cooling effect from the CoolSculpting procedure causes crystallization of the lipids in the fat cells. The cells then begin to break down and are gradually eliminated by the body’s normal metabolic processes, over a period of two to four months. These fat cells are eliminated from your body permanently. Unlike liposuction -which also eliminates fat cells from your body- the procedure doesn’t require the patient to endure surgery as there’s no cutting or needles.
The ideal candidate for CoolSculpting is someone who is relatively fit but may have some fat bulges that aren’t easily reduced through diet and exercise in problem areas such as love handles, stomach and back. Since there’s no down time, patients return to daily activities immediately.
Dr. Marguerite Germain, M.D. of Germain Dermatology in Mount Pleasant is the only Charleston-area dermatologist to offer CoolSculpting by Zeltiq. Cleared by the U.S. Food and Drug Administration (FDA) for the non-invasive reduction of fat,, the procedure has recently been featured on ABC’s Good Morning America, NBC’s Today Show, Rachael Ray show and more.
What: CoolSculpting by Zeltiq Night
When: Tuesday, October 25, 5:30 – 7:00 p.m.
Where: Germain Dermatology, 612 Seacoast Parkway, Mount Pleasant.
Call to RSVP: (843)881-4440 – Hope to see you there! 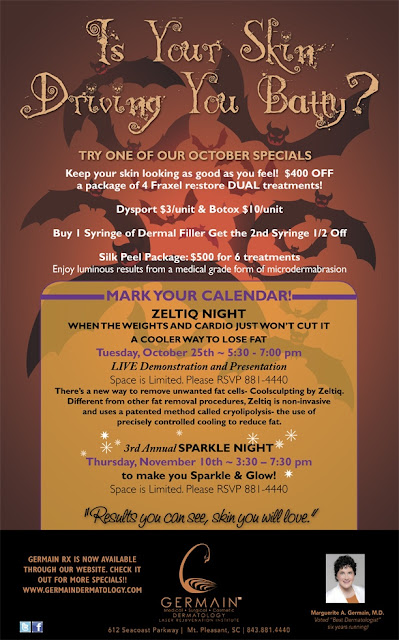