Tis’ The Season!
20% OFF for not one, not two but FOUR days online at
www.germaindermatology.com
Shop our extended Black Friday/Cyber Monday Sale
by using Code: CYBER 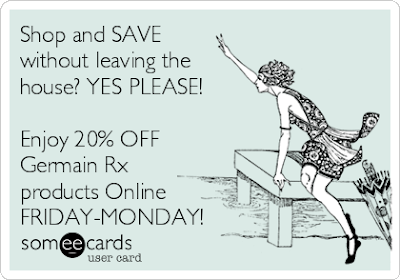 Sale begins midnight, Friday 11/25 and ends midnight, Monday 11/29
November specials are great options for Holiday Gifts!
Purchase a Fraxel package and get your Neck or Hands treated FREE!
20% OFF Advanced Bio-Therapy PLUS! 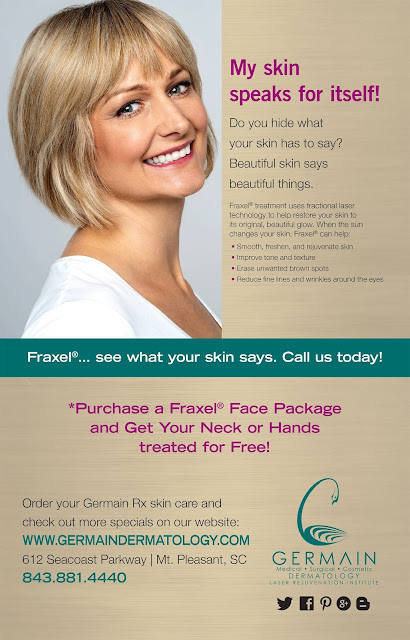 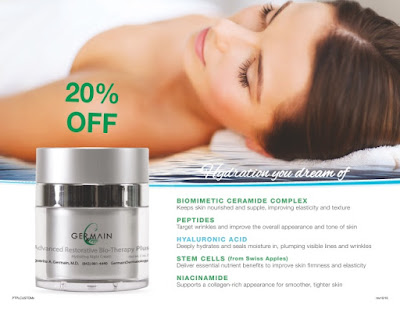 STAY TUNED!
This Holiday Season Germain Dermatology will be offering exclusive Gift Bundles at premier discount prices with our
NEW ’12 Days of Gifting’ starting Tuesday, November 29th.
Each day, for 12 days, we will feature a new gift bundle on specials for THAT DAY ONLY!
Make sure to check your email and our social media pages each day for the great deals.
Facebook
Instagram
Twitter 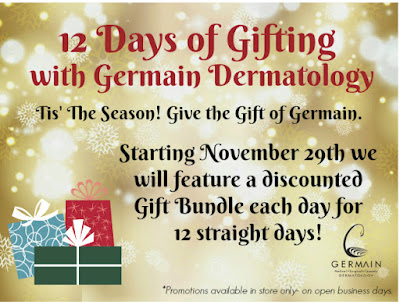 Product discounts are valid in bundles only, on day of promotion. Offered in store, not online. While supplies last.
We had a beautiful 8th year of Sparkle Fun! Thank you to all who joined us and make each year as special as they can be. From all of us at Germain Dermatology THANK YOU!
Check out all the Fabulous photos from our staff, Nelwater Consulting and the talented Lea Austen Photography on our Facebook Page. 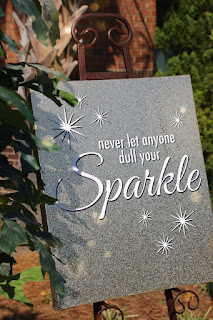 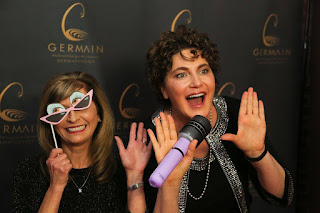 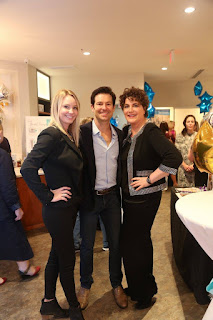 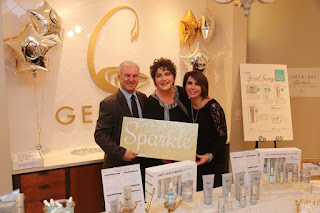 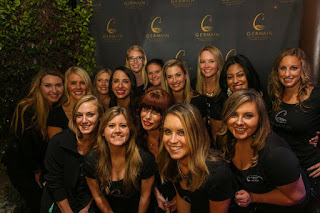 Botox injections are still on the rise and doesn’t seem to be slowing down anytime soon. Getting a routine Botox injections have become as common in today’s population as a monthly wax or hair appointment.  But many patients are still curious about the treatment. NewBeauty.com spells it all out for you in this great article covering all your questions about Botox.

And remember, if you’re ready to take the Botox plunge trust your treatment to only the best with Dr. Germain~ Platinum Plus Level Injector and Trainer. 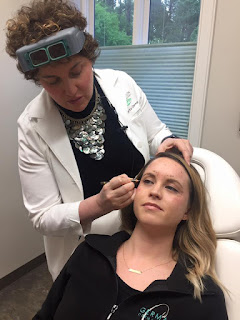 Is it really safe? After all, it is a poison…
Scottsdale, AZ, facial plastic surgeon Kelly Bomer, MD, says this is one big hurdle for some patients. “Occasionally, you have people who are committed to that concept. I explain to them that it’s a medication that has been FDA-approved since 2002 and it was used before that. It’s one of the safest cosmetic medications out there and that’s a pretty strong statement for any medication. It’s a VERY safe drug.”

Will it be in my body forever?
There’s a lot of biology and science behind it, but basically, Botox has a specific reaction with your neurotransmitters, which blocks the signal from the nerves to the muscle and causes that “relaxation.” But it’s not permanent, and it actually ends up being released and completely eliminated from the body. “Look at it like ‘creating a situation’ for a bit,” Dr. Bomer says. “The neurotransmitter recovers, and there’s never been an instance of Botox not wearing off. It doesn’t ‘hang out’ in your system; it is out in three weeks.”

Will insurance cover it?
Most likely not. According to the American Academy of Dermatology (AAD), although it varies by plan, when Botox is being used for anti-aging benefits, insurance won’t cover it, but something like excessive sweating could potentially be—at least partially.

Where should I get it?
Botox is FDA-approved for specific areas, but it really comes down to what’s right for you and what you need. For starters, go to a good practitioner—as in a properly board-certified plastic surgeon or dermatologist—and communicate your goals. “The ‘bad’ Botox comes from a cookie-cutter approach,” Dr. Bomer says. “It really needs to be tailored for you and your specific needs. That all comes down to going to a good practitioner.”

Will I look frozen?
It might sound sort of obvious, but Dr. Bomer says a lot of patients specifically say they do not want that “frozen” look, and if you go to the right injector, you don’t have all that much to worry about. “Patients want to look natural.” The way she achieves this: “I go through the areas on the face that might be helpful to treat and what my aesthetic goals are and see if they are appropriate for the patient. For the most part, when you don’t have those lines, you look happier and more relaxed.”

Will it change the way I communicate with people?
This one may be a loaded question but it is does pops up—making an even stronger case for why going to the right injector is so key. Dr. Bomer says a telltale sign of  “bad Botox” is when the eyebrows don’t move when someone talks. “When your eyebrows don’t move, you look different—it doesn’t look normal. That’s how we communicate with each other.” But, again, if you do your homework and go to the right person, most people won’t ever suspect you even had Botox.

Is it going to hurt?
The fear of pain is a big one. “People often want to know if it will hurt,” says Beverly Hills, CA, dermatologist Rhonda Rand, MD. “You can use a numbing cream and you will barely feel it. Most people don’t want to wait, they just want to get their Botox and go back to work. But, if you have needle phobia, get the numbing cream!”

How much should I get?
Again, everyone is different and your Botox should be fine-tuned to you, but Dr. Rand says if you aren’t sure or are nervous for trying it the first time, she recommends starting with a little dose to get a little bit correction (although she does point out it won’t last as long).

What kind of downtime am I looking at?
While there’s always a chance for bruising, Dr. Rand says she doesn’t typically see it—she says if you apply pressure and sit still for five minutes after getting Botox, you’ll most likely be OK—and that most of her patients come in and are back to work in 20–30 minutes. “It’s always possible, so we say, if you have a big event that night, maybe skip certain areas.”

When will I see results?
The AAD’s official stance: Three to seven days.

How long will it last?
Again, it will vary by individual, but the answer, on average, is three to four months. “On the low side, three months, but some people get seven months,” Dr. Rand says. “Everyone is different.”

What if it doesn’t work?
This one surprised us, and it’s especially important to note for beginners. “I always stress to go slow at the beginning. You can add more, but you can’t take away,” Dr. Rand says. “And if you need more, we can add in. There’s no charge if you come back in two weeks and need more and a lot of doctors do it that way.”

Should I stop my medications before using it?
It’s best to disclose everything you are taking to your doctor and talk to him or her about medications prior to going in, but Dr. Rand says taking something simple like Advil before Botox can cause bleeding. “Fish oil causes it too.”

Does it hurt more at certain times?

Yes! “Usually, when you’re getting your period or you have your period, getting Botox hurts a bit more,” Dr. Rand says. “Everything hurts more during your period.”