Warts…These skin growths while not cancerous or super dangerous are contagious and their appearance annoy most. Warts appear when the HPV virus infects the upper layer of the skin usually through in open cut or wound. It’s pretty easy to spot a wart on your body because they are typically skin colored but rough and appear raised. Dr. Germain will be able to determine if a marking on your skin is a wart by simply looking at it.
While most of you know what warts look like you might be asking who, what and why?
Anyone can be exposed to the wart virus but there are a few demographics that are more prone. Those who have weakened immune systems, children and teens as well as those who bite their nails or pick hangnails are more likely to have warts. Children are more prone to have cuts and scrapes making it easier for the HPV virus to infect them, causing warts.
Sometimes warts go away without treatment, especially for children patients. It does typically take longer for warts to disappear in adults so treatment from a dermatologist is usually the best course of action. It is important to treat your warts since they spread so quickly by touch or by touching any object that’s been in contact with the wart. There are multiple ways to treat a wart such as freezing it, with cantharidin and burning it are just a few common treatments. 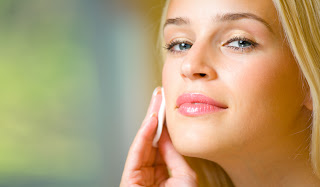 To read more about warts, go to the American Academy of Dermatology’s site here.
The next time you see a small growth on your skin and think it’s a wart, don’t worry just give us a call at 843-881-4440 for a consultation and we’ll help you out!
Subscribe To Our Newsletter