Often times, when people hear the word “melanoma”, they imagine a person that spent years in tanning beds or slathering baby oil on their bodies as teens. The image that doesn’t come to mind is a healthy runner that practiced sun safety.
Which is why it’s important for us to tell the story of Jeri Anne Calhoun. 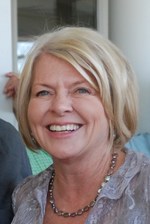 Jeri spent much of her childhood in the 70s outdoors on the Isle of Palms. Like many people, enjoying the beach with friends and sometimes sunscreen wasn’t always involved. In 2007, Jeri got a routine skin check and Dr. Germain found multiple Basal Cell Carcinomas. Basal Cell Carcinoma is the most frequently occurring form of skin cancer. This type of cancer presents as open sores, red patches, pink growths, shiny bumps or scars. These uncontrolled growths or lesions arise in the skin’s basal cells- the deepest layer of the epidermis (the outermost layer of the skin). They are most often caused by occasional sun exposure over time or by intense periods of sun (usually resulting in a bad sunburn). These were all removed successfully.
Hearing the news, Jeri took her skin cancer diagnosis very seriously. She maintained her skin checks, wore sunscreen daily and when she was outside, she wore UV running gear and hats while jogging. She took preventative measures to make sure she wouldn’t have to deal with skin cancer again.
People who have had any form of skin cancer have a higher risk of developing another skin cancer. Unfortunately, the effects of sun damage are cumulative over your lifetime.
Dr. Germain always says, “The skin remembers every second you spend in the sun and the damage accumulates over your entire lifetime”. This lifetime of damage suppresses your body’s ability to fight off all types of skin cancer. Cancer.net states “Thirty-five
percent (35%) to 50% of people diagnosed with one basal cell carcinoma will develop a new skin cancer within five years.”
Sadly, Jeri became one of the few.
In 2009, Dr. Germain found a small dark lump on Jeri’s scalp and had it bioposied . The pathology results returned with a diagnosis … Stage 4 Metastatic Melanoma.
Melanoma is a sneaky cancer. With stage three and four Melanoma, the primary tumor may not be accessible or may not be evident at all. In Jeri’s case, the primary cancer was never found. This could have been because the secondary cancer grew very quickly, whilst the primary cancer was still very small (very small primary cancers may not be seen on scans or by the naked eye) or her immune system successfully attacked the original primary cancer making it disappear, while the secondary cancers still grew.
Another reason is that the primary melanoma could have been undetectable. Sometimes, melanomas can be located in the back of her eye or in her inner ear. No matter the origin, Jeri dealt with the news with courage and determination.
With the help of her family, Jeri turned her focus to clinical trials and research opportunities, spending much time at MD Anderson, but unfortunately her cancer remained. As her cancer continued to spread  in her lungs, breasts and heart;  it zapped her normal zest for life and joy of living.
Made comfortable in her own home by friends and family for her to live out her last days – adamantly refusing hospice – her sister, Karen, recalls all the trials and options but mostly Jeri’s mission to never give up her fight. The strength and determination never waning.
Sadly at the age of 60 on March 25, 2012, Jeri Ann Calhoun died after a courageous three year battle fighting Melanoma. She left a legacy of love, light and continuous hope in her place. Karen was kind enough to share with us the personal journey Jeri faced during her battle with Melanoma.
Karen urges everyone to “wear sunscreen,” noting “wearing it everyday, and protecting your children through their youth could make all the difference.” Karen, also a patient of ours, routinely sees us for skin checks every six months and takes all precautions when being outdoors.
Jeri made a mark on our community. She was a delightful and intelligent woman who faced every day with a smile and unbelievable courage. She also was a major influence on the educational systems we have today in our public schools. Jeri taught in many Charleston County Schools including, Burns, Belle Hall, Pinckney and Whiteside Elementary. She never met a stranger. She will be missed and remembered as having a generous spirit and beautiful heart who was a devoted wife, giving aunt, best ever sister and passionate educator. You can learn more about her spirited life here.
In honor of Melanoma Awareness Month, we hope Jeri’s story inspires you to take a proactive stand with your own health. We thank Jeri’s family for letting us show that Melanoma doesn’t discriminate and it can happen to anyone.
Marguerite Germain
Subscribe To Our Newsletter